Skip to content
To snip or not to snip? The question of castrating dogs

To snip or not to snip? The question of castrating dogs. 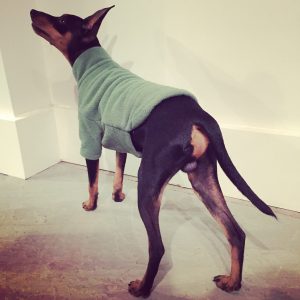 If you have a male dog, even a puppy this is a question you may have already asked yourself. There is a lot of confusing information out there on castrating dogs so here I have condensed it all down.  So that you can make the right, informed decision for you and your dog.

If you have a female dog please see our blog about spaying here.

One reason people consider castration is from a population control point. In the UK dogs should always be legally “under control”. As we do not have a large free-roaming dog population, this is generally easily managed even with entire dogs. When you have multiple dogs in the same household of both sexes this can be more difficult.

If you are considering breeding from your male also consider his genes. Is he really the best, mentally and physically, of his breed to pass on to the next generation? Does the world really need more puppies? Will he be more frustrated following one mating?

Many people think they would like a dog to have one litter, but this can lead to a huge increase drive to get to girls. Often people also presume they will be able to make substantial money from having a stud dog. Unless you have a top specimen that people are desperate to breed with theirs then you are unlikely to make much money this way and it can be a very stressful life for stud dogs.

There are many people, including many vets who believe castration is the cure for most behavioural problems. This is not the case. Castration removes the testicles and therefore removes testosterone. The only behaviours that castration will affect are those behaviours driven through testosterone.

Male dogs will vary in their levels of testosterone hugely for many reasons. (Including number of puppies in the litter, ratio of boys to girls in the litter and age of dog.) This means the behaviours driven through testosterone will be more apparent in some dogs than others.

Behaviours driven through testosterone include;

As said above castration removes testosterone. Testosterone is a confidence building hormone and so we risk reducing their level on confidence. In dogs who are already confident this change is usually not noticeable. But if your dog already shows behaviour driven through low confidence (e.g. behaviours driven through fear, anxiety or frustration) there is a risk you will make these worse.

Common behaviours I would strongly recommend avoiding castration in include;

Even testosterone driven behaviours which have become learnt behaviours will not improve with castration. If you have a dog who has been marking in the home for years and you then decide to castrate him this behaviour is unlikely to change. 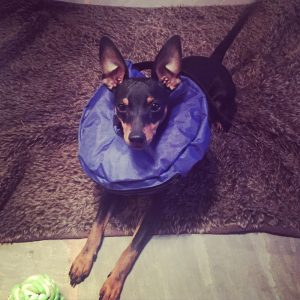 Some dogs become very frustrated when in the close vicinity of bitches in heat, whereas others don’t even seem to notice. In these frustrated dogs some can have extreme responses, appear lethargic, not eat and drastically drop condition. This is not good for them mentally or physically. Castration should be considered in dogs such as these unless further separation from bitches can be achieved.

You also need to include the risk of a general anaesthetic. Although a healthy, young dog has a very low risk with an anaesthetic, there is still a risk. You need to weigh this up with all the other pros and cons when deciding if castration is right for your dog.

Guardians should also think of the process of going in for a stay in the vets and the intense handling required for vet treatment. For some dogs this experience can be traumatic and can make future veterinary treatment difficult. Others breeze through it and it doesn’t seem to affect them. Do you think your dog would cope well with strangers handling him?

The decision to castrate or not is yours. For some dogs it can be extremely helpful to aid in behaviour changes. For others it can be really damaging. There are pros and cons from a health side and these also need to be considered carefully.

If you are unsure if castration is right for you and your dog, then chemical castration may be an option for you. This allows you to see the effect of castration on a temporary basis. An implant (similar to a microchip) can be put in and the effects last for 6-12 months. If your dog’s behaviour deteriorates at least the effect will wear off. You can discuss this in more detail with your vet.

Remember to think about training you can do in advance of any elective procedure. You can train your dog to happily wear a buster collar. You can teach your dog about handling in advance of the surgery. And you can ensure that your dog will cope with medication and rest post operatively.