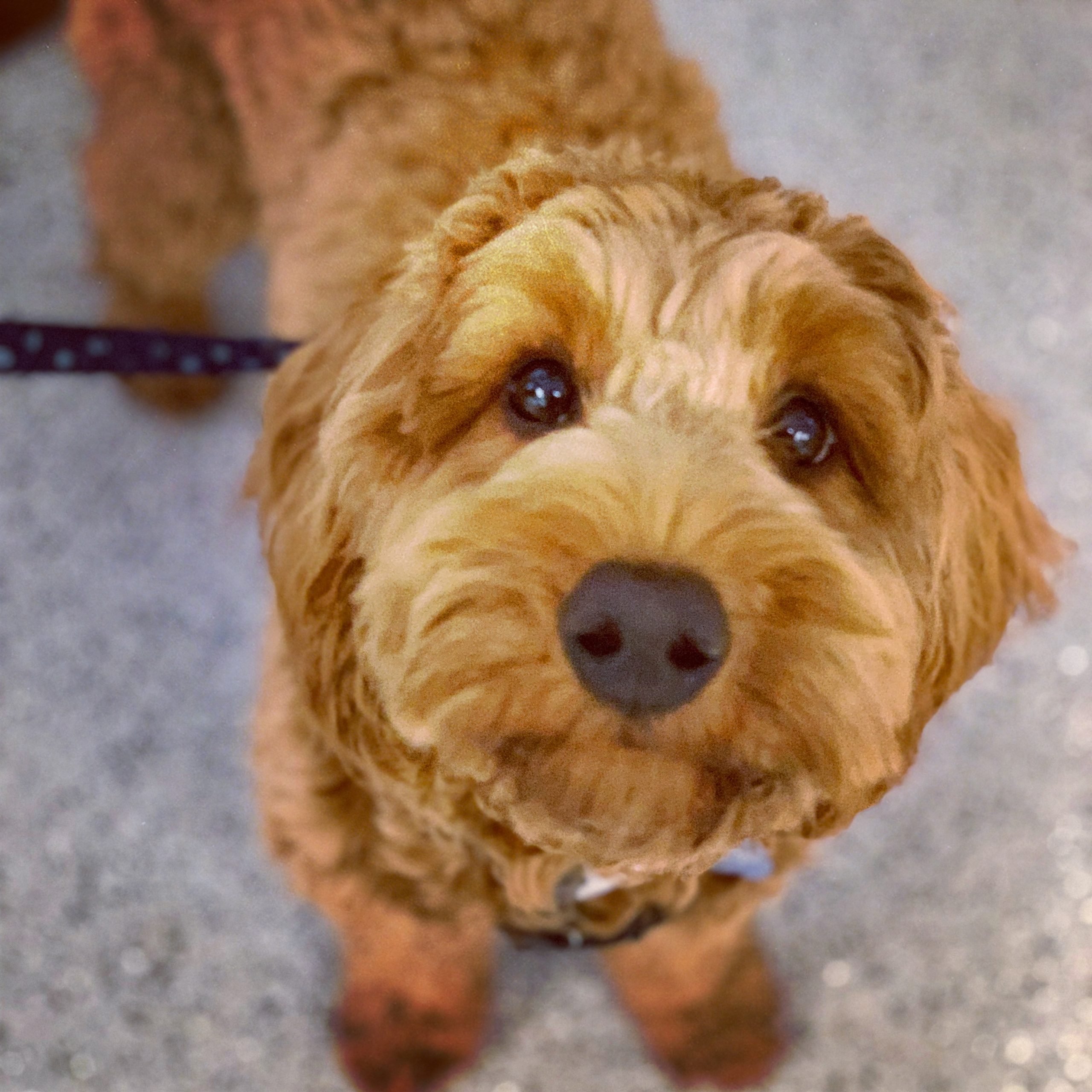 You might be reading this because you’re anticipating your pup is going to have her first season, or you may have an adult rescue dog having her first with you, or it could be that this is a later season but you still need help!

Seasons are often known as a dog being in heat, or medically as oestrus. This is the time when your dog can become pregnant.

Dogs are cyclical animals with most girls having their first season between 6-18 months of age (smaller dogs earlier and giant breeds generally much later). Each season will see your dog bleed from her vulva for around three weeks but this varies from dog to dog and seasons usually occur around every six months.

You should be able to see your dog is coming into season soon by the way her vulva swells, especially for her first season. But you will most likely also see some behavioural signs before she starts to bleed.

Some dogs lick themselves and you might hardly notice a spot of blood on your floor whereas others may bleed a lot, all over your furniture. If your dog is causing a mess then there are options such as pants to put on but these should ideally be desensitised and taught to your dog before she has to wear them as they can distress some dogs. You can also just use lots of towels to cover everything up and have the mop on standby!

If you aren’t planning on breeding your dog in this cycle (and this should only be done following careful consideration, health and temperament testing and research) keeping male dogs away from her for at least a month is vital.

But there are lots of other things to consider when a dog is in season too:

Many dogs display behavioural changes during their seasons, with behaviour generally worsening. This is one of the reasons we recommend spaying any dogs with current behavioural concerns, as these are likely to escalate during a season.
One of the most likely causes of this is due to pain. If we extrapolate from the human experience there is a good chance that dogs are uncomfortable or even painful during their seasons. Pain is a huge cause for increased reactivity in behaviour, just like us we tend to get grumpy when we’re sore. If your dog is really struggling with her season (and often it can be the week leading up to it which is the worst) talk to your vet and trying her on pain relief might be an option.

You might notice your dog is scared of things she wasn’t before, or is reacting more, or worse to situations. She may take herself away and spend less time with the family or be more clingy than usual. This is a scary time for her, especially if it is her first – she has no idea what is happening!
You have to protect her from anything she is finding difficult during this time, that way when she feels better she can bounce back quickly. If not then she can learn some huge negative associations during this time which can take months, or even years to unlearn.

During a first season is a really common time that girls develop a dislike for other dogs. And you can’t really blame them! Most dogs, regardless of gender or neuter status will want to sniff her and they will not be polite about it!
Girls often get mobbed when out and about, at a time when they are feeling most sensitive. Especially for a first season you really need to protect your dog and keep other dogs at bay. The safest way to do this is to walk your dog in private fields. Remember with the pain she might be feeling she might also prefer a good chew at home instead of a walk for a few days too.

If it’s your dog’s first season it also means she is going through adolescence at the same time. This is a huge period where the brain literally gets rewired and science has proven that training will take a down turn.
This will likely be a bit frustrating for you and your dog at this point but will be exacerbated by her going through a season too.
Take it easy, don’t put any pressure on you or her to do anything. Don’t expect to progress any training at this time, just have fun with her, let her rest and chew, and protect her.
It won’t be long until she is back to herself again!

Your dog has stopped bleeding and is back wanting to do things again – great!
But you’re not out of the woods yet! After a season your dog is at risk of having a phantom pregnancy, even from her very first season.
This is where your dog is not pregnant, but her body thinks it is. Some dogs will even produce enough milk to feed a full litter! So there can be physical symptoms to treat, but more importantly there are often behavioural symptoms.

During a phantom girls can get very protective over their “puppies” which can be completely random objects or even invisible! It is a really common time for guarding issues to be raised and your normally lovely dog may think about biting you just for walking past.
Luckily there is a treatment to remove these hormones, so if you suspect physical or behavioural changes after a season get to your vets and talk to them about treatment options. Sometimes the behavioural symptoms take a longer course to fully resolve so don’t be afraid to ask for a longer course if your lovely girl isn’t back at the end of it!

If you aren’t planning on breeding then wait three months after your dog’s season and get her booked in for a spay. Then you don’t need to worry about all this stress for the both of you again!

Search our blogs below for something specific, check out a category you’re interested in or just browse through our latest musings below!

We teach you how to teach your dog in a way that they understand.

Get the best from your dog whilst building on your relationship with love and trust.

Clear, consistent and kind training to get the results you want!