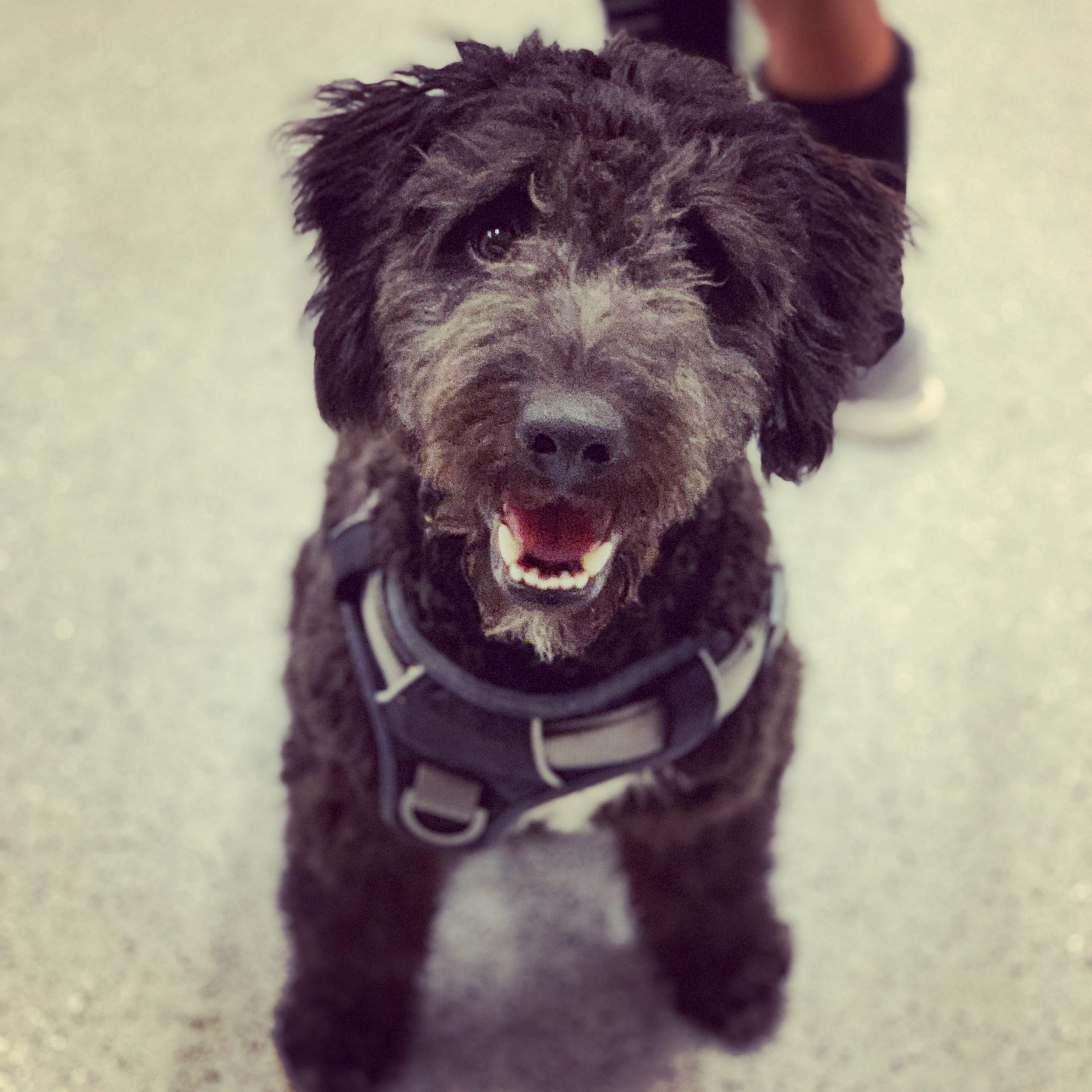 We don’t recommend punishing dogs for their behaviours or telling them off and we explain more about that in this blog here.

But one that lots of people struggle with is not saying “no” to their dog. We don’t recommend using anything scary or painful for training dogs. But many people think a firm “no” doesn’t fall into that category.

So many people tell us proudly “he certainly knows what “no” means!”. And we also get all the people who tell us “she gets so angry when I say “no” to her!”.

So let’s break down what is happening here and see it from your dog’s point of view. We know that dogs do not understand English, or any other language. Sometimes we can trick ourselves that they do, but they don’t.

They can learn a cue, a word or a phrase, that means a behaviour is coming from them or you to a specific outcome.

Such as “sit” and if they sit down they expect a treat. So they have learnt what that noise means. But you could teach a dog to sit when you say any word such as “down” or “stand”, they don’t understand the word per say, just the pattern.

They might also know the phrase “do you want to go out” means you are about to take them out and so you see them get excited. It doesn’t mean they understand what you’re saying, just that pattern, and all the subtle other cues you give off at the same time. From subtle like looking at your watch, putting your phone down, to big ones like getting your boots on and picking up their lead.

But actual human language dogs don’t understand. So why do so many people get stuck with “no”?

What does “no” mean?

People use “no” out of frustration. This shows in their voice and it’s usually firm and not friendly. If your dog doesn’t understand English (and they don’t) then why would they stop?

The only reason “no” can work is because it scares a dog. They are worried by your response and often freeze, or even run away.

For most dogs a human (who is a giant compared to them) shouting at them is absolutely terrifying. It’s easy to think “it’s just words” but it isn’t for you dog. Even more people would be intimidated by another human coming and shouting at them.

This is even more exaggerated when people pair more aversive stimuli to the word. Such as “no” followed by hitting the dog. The dog will then be really worried every time they hear the word “no”.

This fear response can be exaggerated until dogs react to move you away as a threat. Hence the many dogs who lunge and snap when they hear “no”. They are simply protecting themselves from the imminent danger they have learnt to expect.

Let’s try it on you:

Your in a country where you don’t speak the language and you’re unsure where you are. You’re looking around and exploring but don’t know any of the local etiquette. You are starving and see some food. You try to ask and mime for some but just get blank faces so eventually you go to try some and someone runs right up to you and shouts in your face.

You probably stop what you were doing. Not because you understood a single word, but you could infer that your actions made them really unhappy. And you still want the food.

You still don’t know what to do in these situations, or how to get food and you’re not on edge after a horrible interaction.

For many dogs this is happening 20+ times a day. That’s not a nice way to live, and you’re still not getting the behaviour you want and neither is your dog.

What to say instead

Instead you should work on managing interactions to limit the mistakes your dog can make. Don’t have them in the room whilst you prepare food if they are jumping on the side and stealing it.

Give them access to the things they need. Offer them a dig pit if you’re getting frustrated with them digging your lawn.

And teach and reward the appropriate behaviour. Once your dog understands what they can do to access the resource this is what they will offer instead of the unwanted behaviours.

“No” can show short term responses by shutting down your dog and scaring them. It doesn’t teach them anything except to be afraid of you and really should be avoided at all times.

Search our blogs below for something specific, check out a category you’re interested in or just browse through our latest musings below!

We teach you how to teach your dog in a way that they understand.

Get the best from your dog whilst building on your relationship with love and trust.

Clear, consistent and kind training to get the results you want!